A magazine for friends of the Warren Alpert Medical School of Brown University.
You are at:Home»Faculty»What to Know About Monkeypox Now

Even before the US had emerged from the COVID-19 pandemic, the country’s first case of the monkeypox virus was reported in May 2022. In late July, the World Health Organization declared the ongoing monkeypox outbreak a public health emergency, and in early August, the US government followed suit.

Over the past few months, the monkeypox outbreak has both offered opportunities to apply lessons learned from COVID and presented its own unique challenges. Although the US is currently seeing a decline in cases, the outbreak continues to affect patients both domestically and abroad.

Scholars from The Warren Alpert Medical School and Brown’s School of Public Health offered some key facts and insights on this complicated public health issue. 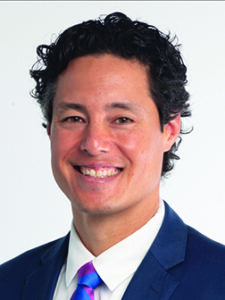 The virus can spread via direct contact with a person with monkeypox or by touching objects, fabrics, and surfaces that have been used by someone with monkeypox. We don’t know yet whether monkeypox is sexually transmitted, but it is associated with sex. It was initially believed that monkeypox was spreading by droplets (similar to SARS-CoV-2), but that type of transmission appears to be much less common than expected. Monkeypox is much less infectious than COVID-19.

Gay, bisexual and other men who have sex with men are primarily being affected by monkeypox—although anyone can get it. It is important for public health to continue to actively communicate risk to affected populations so they can make informed decisions about behavioral changes and prevention options, which include vaccination.

Despite the death of a person in the US from monkeypox (and a second possible death in Texas under investigation), it is not believed that the virus is becoming more lethal. We do know that people who are immunocompromised (e.g., who are HIV-positive with a low CD4 cell count), who are receiving chemotherapy, or who have been diagnosed with certain other medical conditions) are at higher risk of complications from monkeypox. People who are immunocompromised and diagnosed with monkeypox should seek treatment immediately.

There is a need for more federal public health resources to address monkeypox, as well as COVID-19, avian flu, and whatever else happens in the future. Our country is in urgent need of a framework and a national plan with resources on how to address these emerging threats to public health. 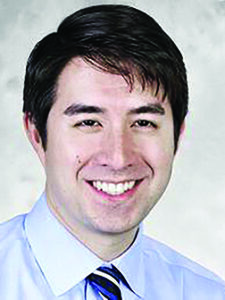 The monkeypox vaccine is issued from the CDC directly to state health departments, who determine how to distribute their limited supply to the highest-risk populations. Unfortunately, you can’t just get a monkeypox vaccine at your local pharmacy like you can the COVID vaccines.

On top of that, there’s a shortage, which is the result of several factors. First, the vaccine is intended for smallpox, so those planning for a stockpile were not necessarily anticipating a widespread outbreak of monkeypox. Further, expiring vaccines had not been not replenished and there were delays in ordering and securing replacement vaccines. The vaccine we are using, Jynneos, involves two doses; it is only manufactured by one company in Denmark, and they have a certain capacity. The global spread of this epidemic has put an acute demand on the vaccine manufacturers from countries around the world, including many in Europe.

In order to get the vaccine to more people, providers are following the CDC’s alternative dosing regimen of administering the vaccine intradermally, or between the skin layers, instead of subcutaneously, or under the skin. An intradermal vaccine can induce a stronger immune response because of how many immune cells we have in our skin. The FDA did a study on the difference between intradermal and subcutaneous administration of the Jynneos vaccine at the currently used doses and found that study participants had similar levels of immune response (measured by antibody levels) with the lower dose intradermal vaccine. That allows us to give a much lower dose to get the same level of effect: one-fifth of the dose induces the same level of immune response in studies—that allows for potentially five times as many people to get the vaccine.

But there’s a trade-off. In general, this is a harder way to administer a vaccine, and more people have skin reactions to this method—we’ve seen mild swelling, redness or discoloration at the injection site. In some people, that can persist for a long time, which is important to be aware of.

And it must be said that no vaccine is 100% effective. We don’t have much data on any vaccines for monkeypox specifically. Jynneos was tested in an animal model of smallpox (a very similar and related virus), but we still need to see actual results in a real-world setting. Data show that it takes about six weeks from the first dose (and two weeks after the second dose) for people to reach full immunity. Up until that time, people still have a risk of being infected. After that time, most people should have protective immunity—but again, we still will need to back that up with real-world data as we accumulate it.