A magazine for friends of the Warren Alpert Medical School of Brown University.
You are at:Home»Faculty»Why Do Males and Females Age Differently?

A five-year, $12.5 million grant from the National Science Foundation will enable researchers from across the country—including three from Brown University—to identify mechanisms that drive the evolution of sex differences between females and males in aging.

The researchers will form the IISAGE Biology Integration Institute, drawing experts from various fields to work together to determine how multiple biological processes contribute to differences in aging between the sexes and uncover their evolutionary history.

Little is known about how or why females and males of different animal species age or why one sex outlives the other. Erica Larschan, PhD, a co-principal investigator on the grant and an associate professor of molecular biology, cell biology, and biochemistry, says the researchers from Brown will focus on questions related to gene regulation. 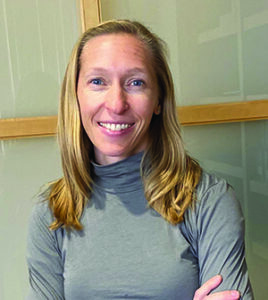 Larschan’s lab works with fruit flies. Even though they live only around 40 days, she says they are good models for this research because not only do male and female fruit flies age differently but they also have X and Y sex chromosomes, like humans. Her colleague Ashley Webb, PhD, the Richard and Edna Salomon Assistant Professor of Molecular Biology, Cell Biology, and Biochemistry, uses mice in her lab; other IISAGE investigators have expertise in turtles, lizards, and fish, among other animals.

While the IISAGE partners will collect only non-human animal data, understanding aging differences in other species can potentially impact how humans approach aging and care, says Nicole Riddle, PhD, an associate professor of biology at the University of Alabama at Birmingham and the grant’s principal investigator.

“There are so many implications that aging has, and for us to have an opportunity to investigate how we could manipulate aging—be that through lifestyle changes or even medications—we could be primed to unlock the most robust understanding of aging we’ve yet known,” Riddle says.

Webb and Larschan are faculty members of the Brown Center on the Biology of Aging, which aims to understand the biological mechanisms of aging and age-related diseases in order to develop interventions to improve the human health span. While Larschan brings to IISAGE her expertise in gene regulation processes on fruit fly X chromosomes, Webb uses mice to understand the molecular mechanisms of stem cell aging in mammals.

“Ashley has identified some differences between the sexes already that we’re building off of” in this grant, says Larschan—including a recent paper in Nature Aging that reported a specific feature of aging in the hypothalamus of female mice. 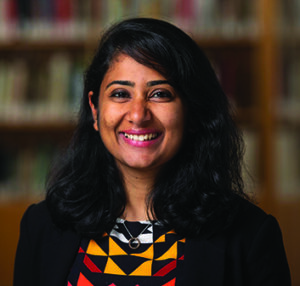 Rounding out Brown’s research team is Assistant Professor of Computer Science Ritambhara Singh, PhD, who uses artificial intelligence to develop machine learning models that will use datasets to predict what is driving the differences between males and females, Larschan says. Including scientists with expertise outside of biology, she adds, is a critical feature of the grant.

“With these biology integration institutes, the NSF wants to bring people together from different fields because for a long time, people were siloed,” Larschan says. “They figured out … that you’re not really making a ton of progress if you’re staying in your silo and taking those incremental steps.”

Elevating the work of junior researchers like Singh is another key component of the grant, Larschan says; the NSF is committed to “training the next generation” of scientists, including undergraduates and first-generation graduate students. Community outreach efforts will include K-12 educational programs, a traveling museum exhibit to display the research, and engaging citizen scientists to collect data on domesticated animals.